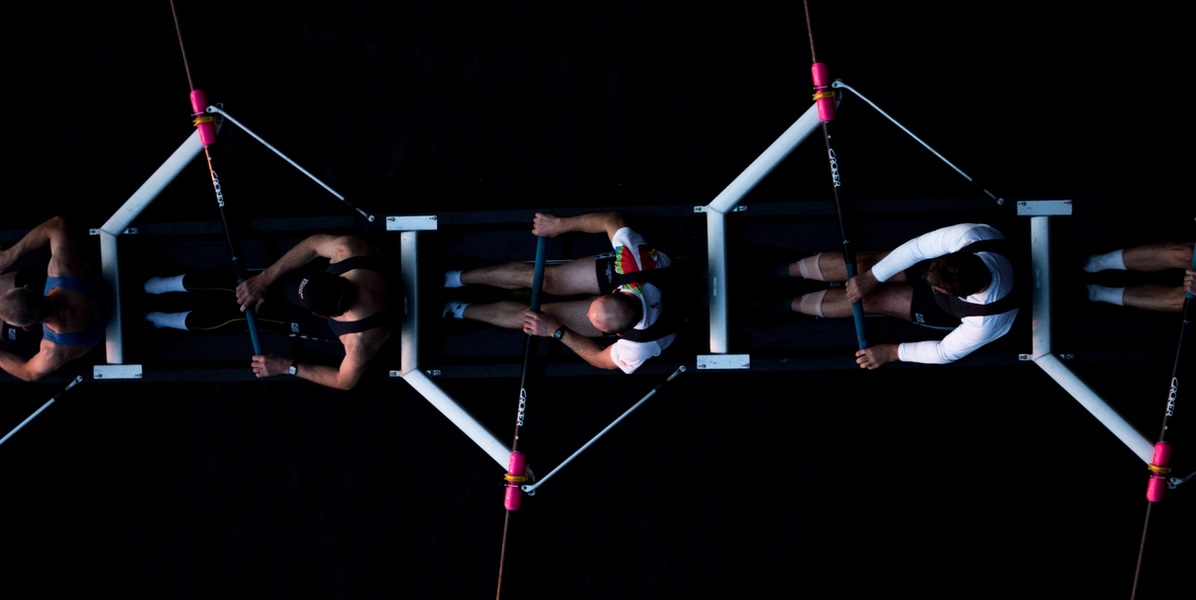 In the book “Smarter Faster Better: The Transformative Power of Real Productivity”, Charles Duhigg highlights a study of Silicon Valley firms that those with a commitment culture are far more resilient than star cultures, engineering cultures, bureaucratic cultures, and autocratic cultures.

“The only culture that was a consistent winner were the commitment firms. Hands down, a commitment culture outperformed every other type of management style in almost every meaningful way. ‘Not one of the commitment firms we studied failed,’ said Baron. ‘None of them, which is amazing in its own right. But they were also the fastest companies to go public, had the highest profitability ratios, and tended to be leaner, with fewer middle managers, because when you choose employees slowly, you have time to find people who excel at self-direction.’ Employees at commitment firms wasted less time on internal rivalries because everyone was committed to the company, rather than to personal agendas. Commitment companies tended to know their customers better than other kinds of firms, and as a result could detect shifts in the market faster.”

Communication and collaboration drive these second-order benefits that make a commitment culture. Employee retention increases, so less time is lost in retraining and building team trust. Productivity increases from the shared sense of purpose, corporate strategy, and each person’s role in it.

My Approach to Communication

I consider Retrospect to be a commitment culture. Most of the team has been together for over a decade, and a handful started at the company in the 1990s. I used to be Chief Operating Officer at Retrospect, so Sales, Marketing, Support, Operations, and Finance reported to me—around 25 people. Now, I manage the Engineering team. We’re a small, stable team, and we ship consistently good software, on schedule for the last seven years.

Creating a stable team is partly luck. We have a fantastic set of engineers with a collaborative approach. Equally important is consistent communication from management: with reports, with the Engineering team, with the product’s cross-functional team, and with the larger corporate structure. It injects a constant flow of good information into the team, reducing silos and uncertainty while building trust and increasing productivity.

For my team, I schedule biweekly 1-on-1s. It’s a 30-minute slot where we can discuss anything. People get a scheduled opportunity to ask any question that’s on their mind, and I get a scheduled time to discuss any small-scale (release schedule, task switching, interesting projects) or large-scale (performance, raises, promotions, hiring, firing, layoffs) events. If I need to change the schedule, I always add a reason for the change, so that people aren’t getting calendar notifications with no explanation. For your team, you might find a weekly cadence more necessary. Biweekly seems to be a good fit for us because we’ve worked together for years and we have a daily Engineering scrum.

Beyond Engineering, I have weekly 1-on-1s with other department managers. These are 1-hour slots where we discuss what’s going on in each team. The Sales head and I talk about what he’s hearing from the field, and I talk about Engineering plans to make sure our technical goals line up with Sales’ needs. The Support head and I review escalations and any technical documentation that they need. With these meetings, we stay in sync.

Years ago, we had a 1-hour weekly Product Team meeting with all of the departments. It was the main meeting for the entire team. There was a generic agenda that we didn’t update. We banned laptops from the meeting because people were not paying attention outside of their own turn. One agenda topic was “Discuss escalations”. Due to the laptop ban, we literally printed out the escalation list with bug numbers and titles to discuss each, but also due to the laptop ban, no one had details because we only had titles. We realized it was not an effective meeting and replaced it with functional 1-on-1s and a monthly executive meeting.

Can you get by as a team without such periodic meetings? Yes. When Support started reporting to me, I asked the head how the previous manager had run their 1-on-1s. He said they never had one. We’ve had one every week since then. Without a periodic meeting, Support still took care of customers brilliantly, but we have a great Support team. I consider the meetings essential for issues to come up and ensure both teams are on the same page.

Engineering has a daily scrum. I’d call it a stand-up, but that would be a lie. First, we’re distributed, so we’re all on Zoom and seated. Second, the meetings never last less than ten minutes. Each person talks about what they did the day before and their plan for that day, but we drill into many tasks and address related topics. We record each one and send out a link to the group in case someone is off that day. The schedule works well for us.

We used to have weekly in-person Engineering meetings. They were one hour. Everyone talked about their progress, but as knowledge workers, engineers accomplish so much in a week that it’s difficult to remember and summarize the relevant details after a week.

We also have tried different forms of status reports to make up for the low fidelity of the weekly meeting. We’ve done daily status emails: failure, because no one else read them. We also tried a status wiki page: failure, again because no one read it. In all three cases, Engineering was less effective because the team exchanged and absorbed information only once a week.

We switched from a 1-hour weekly Engineering meeting to a scrum three days a week when we had to ship a complicated feature with many moving parts. We needed to ensure the whole team stayed on the same page. Within a month, we all agreed that scrums were a great format and switched to a daily scrum. That was eight years ago.

Coincidentally, we switched from Subversion to GitHub around the same time. GitHub was transformational for the team: Git for its cheap branching and GitHub for its seamless review process. This tool switch enabled much more detailed scrums because code was being consistently reviewed.

Along with higher fidelity information, scrums offer much faster course correction for productivity. There were many instances in weekly Engineering meetings where a developer had been blocked on a task or going down the wrong path for four days. That’s four days of lost productivity. What if each engineer was blocked for an average of one day a week? Reclaiming that day would make your team 25% more productive. You’re effectively hiring 25% more just by ensuring every member on the team is not stuck.

Since scrums are daily, the team can use the meeting time to discuss other topics ad-hoc, such as new escalations from Support, release schedules, or product roadmap, and it’s a time to reinforce why we are shipping what we are shipping, bringing Engineering tasks back to what problems they solve for customers. I occasionally use the meeting as an opportunity to explain what other departments are doing, so that the Engineering team connects their work with other department’s work. It’s never “us vs them”.

At a previous job, the CEO would send a monthly email after every good month, summarizing the wins and the revenue. When there was no email, everyone knew it was a bad month, but no one knew how bad, leading to gossip that might have been worse than the truth.

Since Retrospect, Inc. became private in 2011, we’ve had monthly company meetings. Before our office went virtual, they were stand-up meetings. No slides. Sales, Product Management, Marketing, Engineering, and Support would present. It was a great venue for people to ask questions and discuss how the company was doing. Sometimes, there were difficult topics to discuss, like a bad Sales quarter or even a layoff, but we’ve also been able to celebrate hiring, promotions, and great Sales quarters. Having a consistent meeting where every employee gets to hear from every department helps break down functional silos.

Even after acquisition and a move to a functional organization, we still hold monthly company meetings for Retrospect to make sure every department is on the same page and can ask questions in a group environment.

StorCentric acquired Retrospect in 2019, and since then, we transitioned into the larger functional organization with each team rolling up to its respective StorCentric department.

The StorCentric executive team holds monthly business reviews for each product line, so that each functional team is also on the same page about each product and the overall corporate strategy. We can see trends specific to the business unit, and it allows the team to drill down into specific problems.

“A foolish consistency is the hobgoblin of little minds.”

We adjusted our Engineering meeting schedule repeatedly until we arrived at a format that worked well for the team. That was eight years ago, and most of the team that was there then is here now–a testament to our commitment culture. On the other hand, after the acquisition, we cancelled our monthly Retrospect executive team meeting after it was superseded by the StorCentric monthly business review.

Don’t hold a meeting or attend a meeting because it’s on your calendar. Meetings, from 1-on-1s to scrums to monthly all-hands, need to have a point, so be intentional about them. Each enables managers to maintain consistent communication with their staff, other departments, and their bosses.