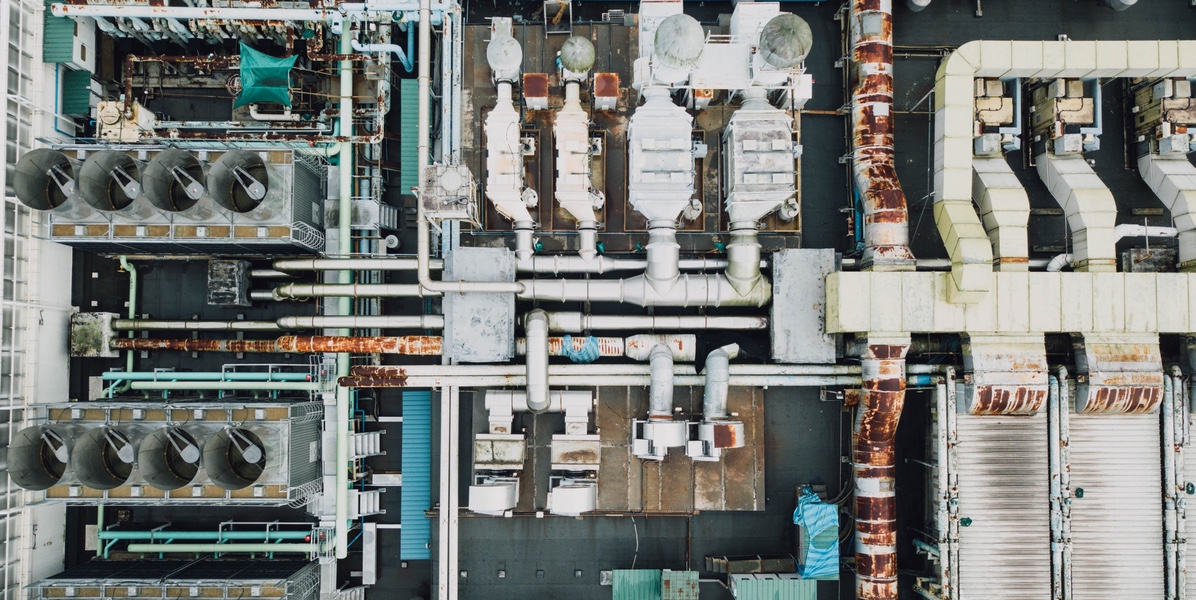 More than a decade ago, Retrospect Engineering set up a daily build system for our Windows and Mac products. Once a day, a cronjob would kick off a task to build the latest version of our codebase and email the results to the team. The daily build process was a fantastic method for adding automation to the build process for having a repeatable build process, ensuring the main codebase compiled in production, and storing builds that we could use to narrow down any issue that arose during regression testing.

Since then, continuous integration (CI) workflows have become a common practice for Engineering teams. Continuous integration (CI) and continuous delivery (CD) are both processes to automate building, testing, and in the case of delivery, packaging and deploying a product to the final platform for customers. This DevOps automation creates a pipeline from codebase to customers, eliminating human bottlenecks and manual steps to increase the efficiency and performance of an engineering team.

Recently, we decided it was time to upgrade our infrastructure to a continuous delivery workflow to improve our efficiency as an Engineering team. Let’s walk through the original homegrown build system, what our overall goals for automation were, and how we extended the homegrown build system into a continuous delivery pipeline with Jenkins to improve our delivery performance.

Since the mid-2000s, Retrospect has had a daily build system for Windows and Mac and a manual build for Linux.

On Mac, we wrote our own build system. The first version was a shell script, run daily as a cron job. That lasted a couple years until we rewrote it in Ruby. The Ruby version has endured quite well. In the intervening years, we’ve added support for building different versions of the Mac application, running regressions with our automated test framework, signing them, notarizing them, and uploading the final artifacts to Amazon S3. The Ruby build script is an end-to-end build process for our Mac product.

On Linux, we have never made changes to the client agent frequently enough to justify automating the build process. We built it manually for every change.

Our homegrown system had elements of continuous integration, but there were many manual steps. Let’s walk through what we needed from a continuous delivery pipeline:

Our goal was to leverage our current build processes, knit them together into a single build pipeline, and extend that into continuous delivery.

Building a homegrown system has the fantastic advantage of doing exactly what it was coded for and the unfortunate downside of doing nothing else. The internal team pushes the functionality forward. We needed to leverage a third-party solution to achieve our CD goals with minimal commitment.

We looked at Jenkins, GoCD, Bamboo, CircleCI, and GitHub Actions; Jenkins was open source, worked on-premise, and seemed to be popular enough that we could google for help. Jenkins was designed to be a CI system with a plugin architecture, and it had thousands of plugins. We thought it made sense to try it first.

Overall, the setup process took about three weeks of one engineer’s time, spread out over three month. We have nine stages in our pipeline using three nodes (2 Windows, 1 Mac) to perform the following steps through a versioned Groovy script. 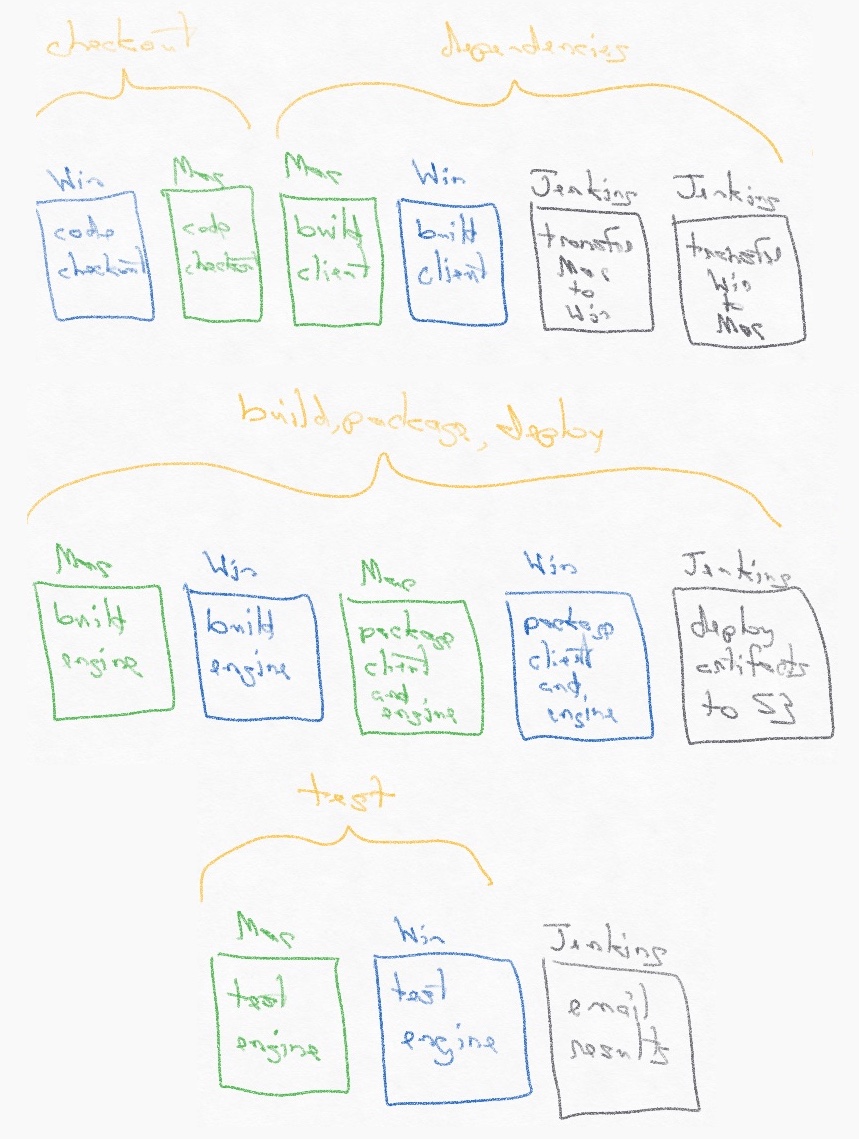 It’s a long list, but it ticks off all of our requirements. Jenkins provides us with an infrastructure for managing multiple build systems on different platforms as nodes in a single pipeline, and its Groovy script support enables us to knit those build systems together into a DevOps process.

The resulting Groovy script is 500 lines, and that count excludes the 2k-line Ruby file for building Mac and the extensive Visual Build Pro script on Windows. The option to pull the Groovy script from source code (GitHub Enterprise in our case) highlights the DevOps mindset of repeatability and automation.

While the team is really happy that Jenkins is working now, the setup process was not smooth. It took a significant amount of time to understand what Jenkins could provide us, how to connect what we needed into what it could deliver, and then codify that process in Groovy. Beyond that expertise barrier, Jenkins has bugs, like all software. We hit a number of issues where we eventually found open JIRA issues without resolution, so we worked around them.

CI/CD workflows are a necessary part of a high-performing Engineering team. While we had a good system for building and testing the software, we were missing the full continuous delivery pipeline. Like all Engineering projects, there was an opportunity cost associated with the infrastructure upgrade, but resolving this technical debt allows the teamn to focus on features rather than manual processes.

Thanks to the engineer who took on this project and overcame the hurdles we found in Jenkins to wrap up this project and to the entire team for helping out when needed! Moving to cross-platform continuous integration and continuous delivery had been a goal for years, so a huge shout-out to the Retrospect Engineering team for ticking it off this summer.